It’s time.
It’s time to open the cabin for the year. All winter the cabin sits in a frozen valley 200km from the door of my city house. It’s still chilly up there, but the promise of spring is in the air.
I took a lot of photos, and it’s probably going to be quite boring for all of you who’ve seen the cabin before, but, you know what, mostly I write these posts with Robbie in my heart, (because right now we’re apart.)

So here we go, for Robbie, but also, most definitely, for you! 😀

Driving in, there was a small, dead birch across the access road. I moved it off to the side. Outside the cabin Clover’s and Kers’ bespoke wind chime is still hanging up. They built it from the scrap iron they found along the railroad tracks, which are only about 100 ft behind the cabin. The lake, (which is actually a pond, but the previous owner and all the neighbours always referred to it as “The Lake”) has filled up already. And the cabin is still standing after the winter! I lit a fire to warm the cabin up and invite in the new year. Then, a quick check: Kitchen’s fine. No mouse droppings on the stoves or counters! A year ago Robbie and I went all over the place sealing up any little hole that a mouse might pop thru, and guess what Robbie, we did a great job! Dining area, living room all fine too. I didn’t take the shutters off the bottom windows. Fireplace working brilliantly, we’ll need to chop some more wood this year though.
Up the stairs to the sleeping loft… The games are all waiting to be played with. It’s lovely to look thru the contents of the vintage medicine cabinet. A photo of my grandfather camping, my aunt’s silly doll from her studio, silver ore, a dried bat, a hummingbird skeleton, dragonfly wings, hand painted Easter eggs, C’s silver baby rattle, love all these treasures. Nothing is the worse for winter, nothing got knocked down by the vibrations of the passing trains. Everyone is fine…if a little cobwebby. On the property, the tool shed is fine. I think some mice snuck in under the door, but, since it’s such a mess there anyway, nothing bad going on.

Odds and Ends, the heritage train workers trailer guest cabin, will need a new roof and the metal chimney toppled off. Must do that this year before something happens to the interior. …and one rather big tree down. There’s our firewood, right there! And I think you’re right Robbie, some of the trees need to come down. Perhaps I’ll talk it over with Jon, Kers and Clove and talk to Billy Jr and ask him to harvest that great big cedar right behind the cabin…maybe the one by the side door too. And the blue spruces in the meadow need to be trimmed up, and maybe some of the alders need thinning out too so we can see the meadow and the river from the cabin. So that’s on the project list this year: Thinned trees, one small roof, one wrap around porch, and a window. But guess what happened as I was locking up and leaving? I got the feeling that I was being watched! From up high by the window of the loft. Who’s that? Could it be a great horned owl? Who is the luckiest girl in the world! That would be me. Who else do you know who has a great horned owl as the guardian of their cabin? 😀 I need to paint him, don’t I? 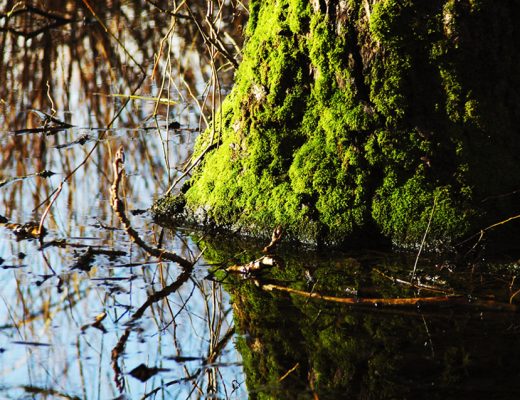 The library and thoughts about snuggling up with a good book. 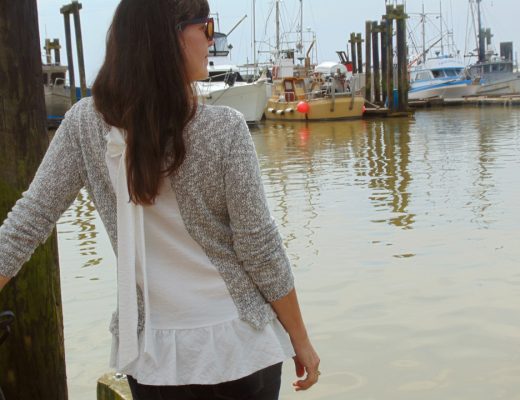