Long ago, the Earth was new and the first group of humans lived in a lush valley and children still had feathers running up and down their spines so they could fly. But the elders were afraid that the children would learn to love the sky more than the ground and leave them alone and so the elders said to the children, “Children, tuck your feathers under your shoulder blades for you will not need them. Stay here on the ground where you belong and let Eagle rule the skies”, and so the children were obedient and did as they were told. But soon the weather began to change and the valley became frozen and the elders died and the children were left alone.

The children cried to Eagle, “Oh Eagle, we gave up our wings so you can rule the sky. Save us, show us a way out of the valley so humans may survive .” Eagle, who was obliged to care for the children, said, “You cannot follow me out of the valley for my voice is too soft, but I will return with help.” And she flew away and the next day she returned with Gull.

“Follow the Gull children,” she said, “His voice is loud and he will lead out of the valley.”
So the children gathered the rest of their possessions and followed the piercing cries of Gull who led them on a secret path thru the mountains, out of the frozen valley, and down to the sea shore.

The children thanked Gull and he said, “Children, here at the shore Eagle and I will watch out for you together.” And from that day on, children, if you’re good and a little lucky, you can just catch glimpses of Gull talking to Eagle. But you are safe because they watch over you from high above the Earth. link to Rara Avis
Thank you so much for this drawing challenge Eric.

“Tell me your secrets” 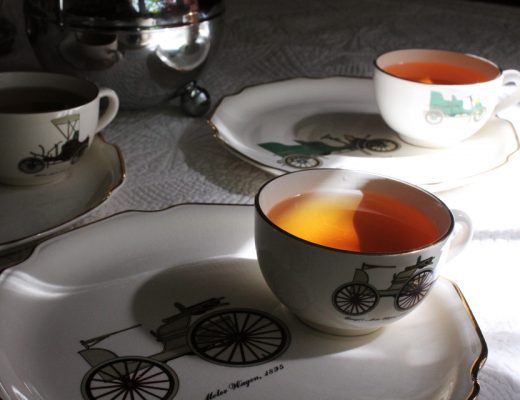 A British car show influence on our tea cup Tuesday 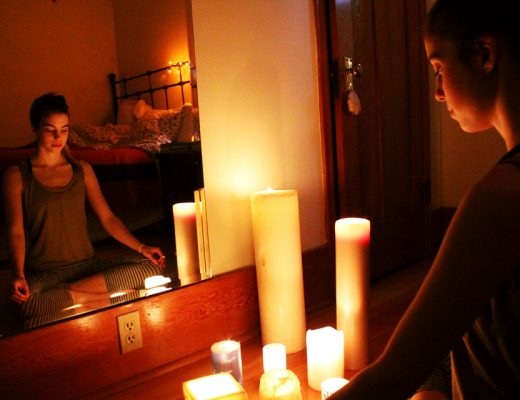 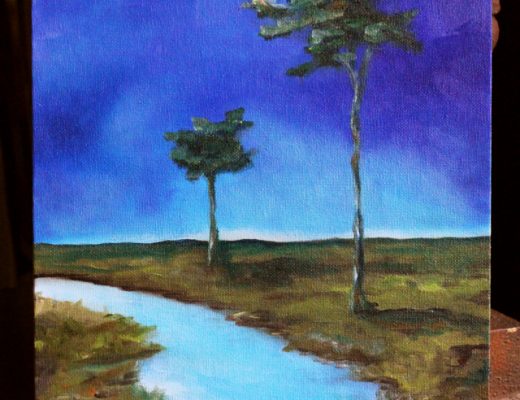 A little jewel of a painting and a view out of the door.